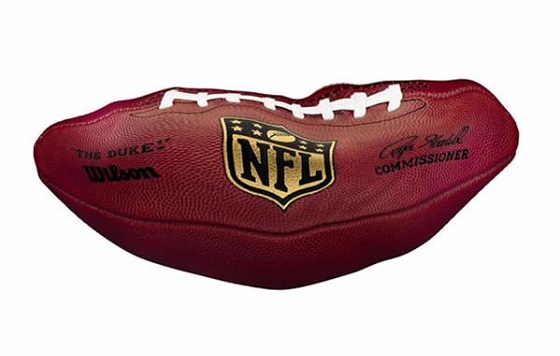 Following the January 18th Sunday night game between the New England Patriots and the Indianapolis Colts, accusations were filed concerning whether the Patriots use properly inflated balls during the AFC Championship game.

Beyond the chuckles and twitters about firmer balls, squishy balls, catching balls, fumbling balls, and passing balls, we can add another emotion to the conversation – Confusion.

Sam Beckett, a doctoral candidate seeking his Ph.D. in Applied Physics, scratches his head when he overhears his fellow undergraduates.  “Why are we so concerned about the whether Tom Brady’s balls are inflated? Everywhere you go they are talking balls: in the cafeteria, in the common rooms, on the Quad.  What is deal?”

Beckett represents a large number of higher education students who understand very little about America’s favorite game.  “I’ve only attended one game in high school.  I was tied up by bullies and left under the bleachers to have spilled soda and dropped popcorn rain down on me.”

As for watching the AFC Championship, Beckett states he was conducting experiments in the Physics Lab where he spends most of his time when not in the library.

“Do you know why we are talking about Brady’s under-inflated balls?” asked Beckett of fellow doctoral student Al Stockwell.

“Okay, maybe.” Beckett conceded.  “But, there are so many more interesting and important topics they could be discussing.  Did you know Popular Science reported this week that scientists figured out how to unboil an egg?  Sure, the process has absolutely no practical value.  I mean none.  They say cheese makers might find a use for it, but really it has no value.  But, people could be discussing that.”

To end Beckett’s and Stockwell’s confusion, they were shown several articles explaining the reasons behind Deflate-gate.  “Oh.  I guess that explains it.  I wonder what apparatus they are using to test the balls?”

“I’m sure just a simple air pressure gauge,” answered Stockwell. “But, how are they calibrating the gauges?”