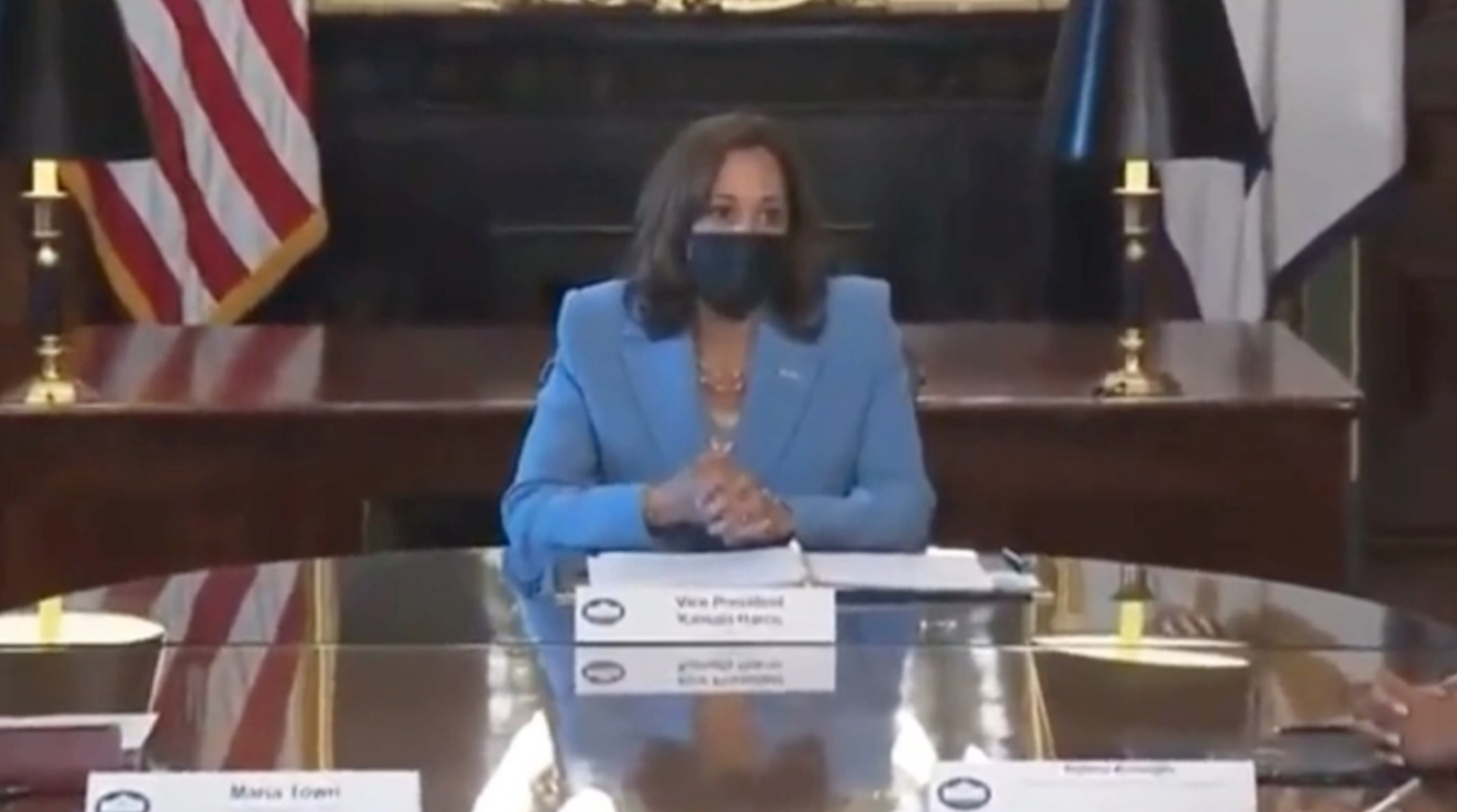 Nearly every public appearance by Kamala Harris turns out to be disaster, and her latest is no exception.

In a tone more suitable for speaking to a child, Harris divulged her full name, the color of her dress, her pronouns and her gender identity during a White House roundtable with disability advocates Tuesday.

“I am Kamala Harris, my pronouns are she and her, I am a woman sitting at the table wearing a blue suit,” Harris stated commencing the meeting.

The same bizarre ritual was repeated by others in attendance.

Harris was roundly mocked on social media for her robotic tone and general awkwardness, with Texas Sen. Ted Cruz (R) recalling Ketanji Brown Jackson’s SCOTUS confirmation testimony, asking, “But what is a woman?”

Later in the meeting, Harris discussed the overturning of Roe v. Wade, claiming the ruling hurt the reproductive rights of people with disabilities with another confusing word salad, saying it “will impact a lot of people
and differently in some situations, and we need to be responsive to these issues and also lift up the voices of all people who will be impacted in the way that they will be impacted.”

To sum it up, Kamala’s upset more disabled people aren’t being aborted.

This definitely seems like a sound strategy going into the midterms — if the strategy is to lose the Democrat majority in both houses of Congress.