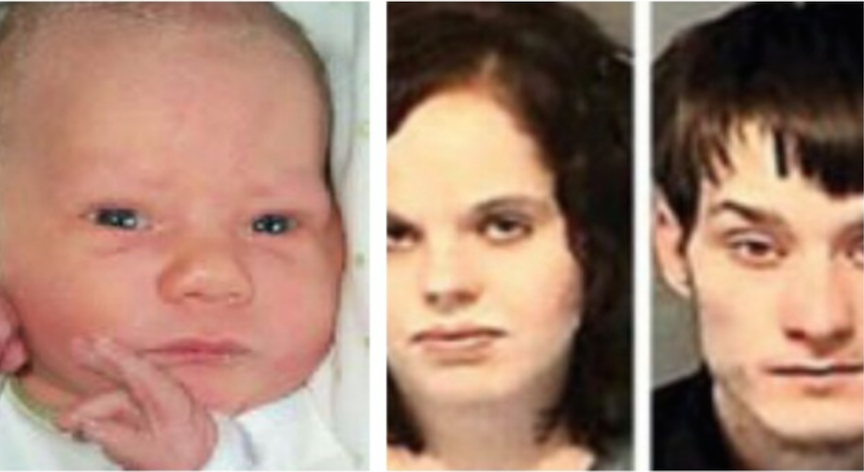 Five month old Benjamin was dropped off at his mom and dad’s house strapped into his car seat. He was found in that same position 8 days later. Benjamin had died from an infection caused by feces in his diaper that eventually ate through his skin. This was a result of him lying in his own waste and not being changed for eight days.

Tracy and James, not only neglected to change their son’s diaper, but also neglected to feed him. The five-month baby only weighed 2 pounds more then he weighed at birth when he was found.

Little Benjamin died with his eyes open, his fists clenched and strapped into his car seat after eight days without food or water.

Police interviewed the father who at first told them he had moved the baby a couple of times, but later conceded that he might not have moved Benjamin at all during that week.

The mother allegedly told the police she looked at the baby in the crib and presumed he was sleeping, so she said she stuck a bottle between the baby and the side of the car seat so that when he woke up he could grab it to feed himself. 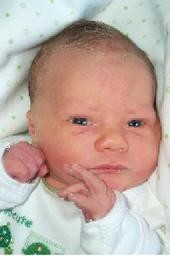 Lyons stated that James, 23, showed a complete and total lack of remorse for the death of his son. A Peoria County Judge sentenced him to the maximum of 100 years in prison.

Tracy, 21, was sentenced to 50 years after she pleaded guilty to first-degree murder in the death of her son Benjamin. She will have to serve her entire sentence.