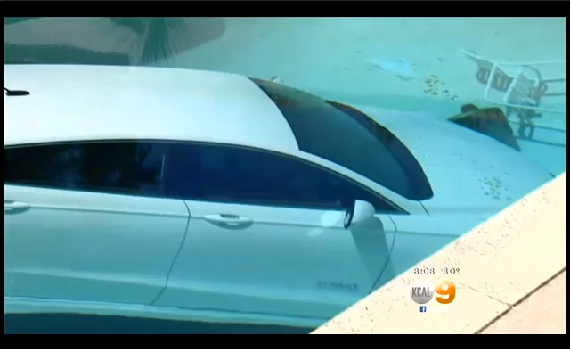 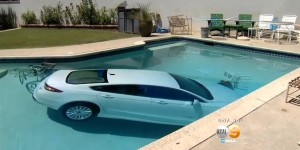 85-Year-Old Man Crashes Car In Pool. When most people accidentally drive into things it’s usually a wall or a stop sign, maybe even a parked car. Well this 85-year-old man didn’t even leave his property when he crashed into his own swimming pool. Police in Altadena, California responded to a report of a car crashing into a pool around the 2700 block of Scripps Place according to the Los Angeles County Sheriff’s Department. The man was apparently pulling out of his garage when all of a sudden his flip-flops got stuck on the pedal and caused him to lose control of the vehicle. 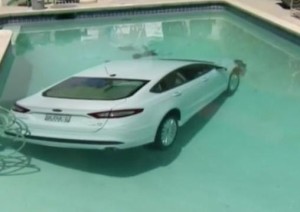 Luckily the man wasn’t injured and by the time police had arrived, he had already escaped unharmed. No one else was in the car or the pool at the time. No word on how they plan on getting the submerged vehicle out of the pool, but I’m sure the 85-year-old man will be much more careful when backing out of his garage. CLICK HERE —> TO LIKE DAILY BUZZ LIVE ON FACEBOOK!