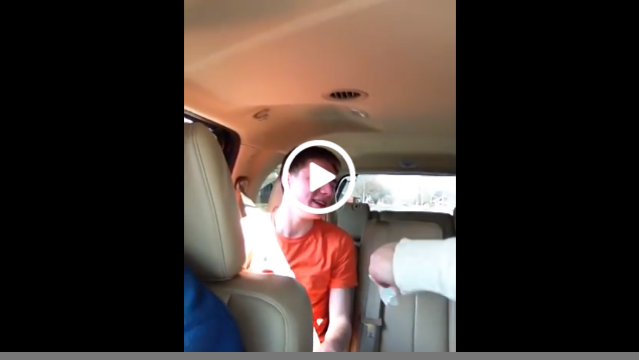 So if you’ve ever been to the dentist you probably know what happens when people get put to sleep and then wake back up after the anesthetic.

They don’t know anything that is going on. They are delirious and much of what they say doesn’t make any sense.

It is one of the funniest things to see for any person around and videos like this have been uploaded before but they are usually of kids that are much younger than this one.

Jack who looks to be about 16 or 17-years-old, starts off the video by saying that he “is leaking” and continues to ramble on about how much he loves his friends. He then reveals his crush on the nurse Sarah at the dentist’s office.

After mistaking an orange purse for a purple one and thinking that him and his mom are twins. He then says he wants Subway and his mom says he can’t have that today.

His response, “I eat Subway EVERYDAY!” The video has so many hilarious moments and it just gets better as the video goes on. This is a must watch video that you should share with all of your friends. God bless his dad for taking this video.

I urge anyone that finds themselves in a situation like this with one of their children or friends. RECORD IT! We need more videos like this in the world. I am glad though that my mom didn’t do this to me when I was younger though. I’ll defiantly do this to my kids one day though.

Watch the video below and enjoy.