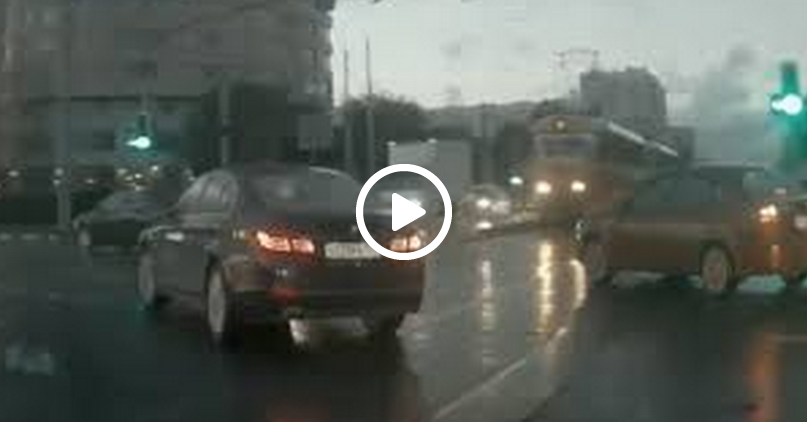 ‘Ghost Car’ Appears Out Of Nowhere And Causes Accident.

Wow, it’s like a scene from ‘Back to the Future’.

A car appears from nowhere in the middle of the city streets in Russia. But, rather than Hill Valley circa 1955/1985, this is Moscow 2014 and it seems impossible to determine exactly what happened in this dash cam footage.

At the major intersection, a row of cars turns left before the car in front brakes quickly as another vehicle seems to materialize out of thin air.

Some have tried to explain away the YouTube clip by claiming the car to the right obscures the “ghost” vehicle or the tram is hiding it. These seem the most likely scenarios. But, having watched this a number of times, we are still not convinced.

What do you think? Is it possibly an alien or time traveler? You decide and share!