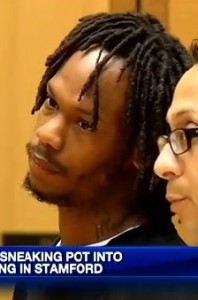 Man Brings 19 Bags of Pot Into Court, Gets Charged With Intent to Sell. Now when going to a courthouse one would usually ask themselves a few questions before going inside. Things like, “Do I have any weapons on me?” or better yet, “Do I have any drugs on me?” Well this Connecticut man lacked the basic common sense to ask himself the latter question and ended up getting caught in a courthouse with 19 bags of pot in his left sock.

Darren Shelley had met with his probation officer on June 9th when the officer smelt that the 22-year-old reeked of marijuana. Shelley 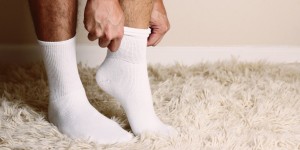 attested that he was “not a fool” and “did not bring drugs into the court.” Clearly both of these things were revealed to be lies. The probation officer proceeded to give Shelley a pat down in which he found 19 bags of pot in his left sock. 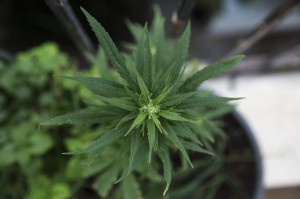 Shelley was charged with possession with intent to sell and his hearing was scheduled for Monday in Stamford Superior Court, but the case was continued until August 7th. My question is, why bring all of that pot into the courthouse in the first place. I mean you know that stuff smells up everything!

Personally it isn’t the first time I’ve heard of someone getting caught with drugs at a courthouse. Once I was at a courthouse in Las Vegas and a man a few people in front of me got caught with a crack pipe. The cops immediately arrested him. If your going to do drugs at least me smart about it.