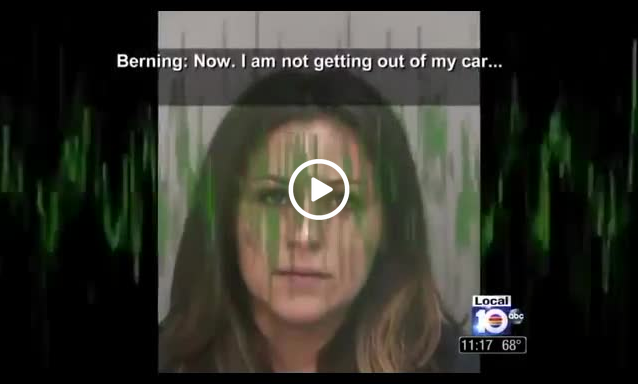 A Florida woman spent the night in jail after a Broward County sheriffs deputy accused her of committing a felony by audio recording their conversation during a simple traffic stop.

Upon review, all charges against the woman were dropped, but now the Broward sheriffs office is facing a lawsuit.

Brandy Burning, a single mom, was pulled over by Lieut. William O’Brien for driving in an HOV Lane. After some back-and-forth about her traffic violation, Burning informed the officer that she was recording their conversation.

Burning was heard on the recording saying, “Oh, I forgot to tell you I was recording our conversation.” It was at that point O’Brien accused her of committing a “felony” and demanded the cell phone. He also told her he knew the law better than she did.

According to the law in every state in America, you are well within your rights to record an on duty Officer. There are a few limited exceptions, such as it while recording you physically interfere with an officer trying to perform his duties. But as long as you are not in the way, you are protected by the First Amendment.

After allegedly climbing into the car and attempting to take the cell phone forcefully, O’Brien removed Burning and arrested her. The mom can be heard screaming on the tape, demanding the officer to take his hand with her. The video below tells her story.