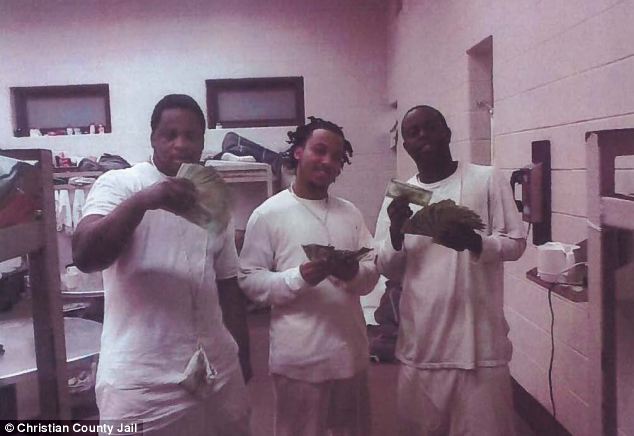 Waving wads of cash, these career criminals appeared to be having the time of their lives in jail. At least that’s what it look like on their Facebook profiles. Inmates Timothy Forte and Earl Caldwell were eventually charged over the pictures which appeared to be selfie’s posted online from their prison. A third man was not charged. In the pictures, the group of men are seen posing with cash in there jailhouse jumpsuits.

Jailhouse administrators in Christian County still do not know how it got by them.  The men allegedly charged other inmates so they could make off record phone calls with the cell phones from jail. “They have had years of practice, they are very good at what they do, it’s a constant con,” stated Christian County jailer, Brad Boyd. “It’s a constant game to see how they can get one up on authorities or the system.” 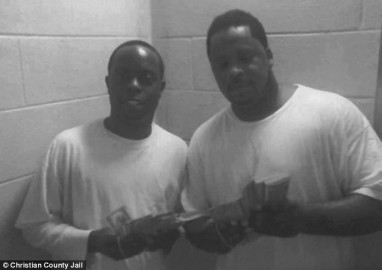 Jail administrators took away the phones and charge the men with promoting contraband. Caldwell played guilty and Forte fought the charges and one. The convicted felons are currently sitting in federal prison serving sentences on drug charges.