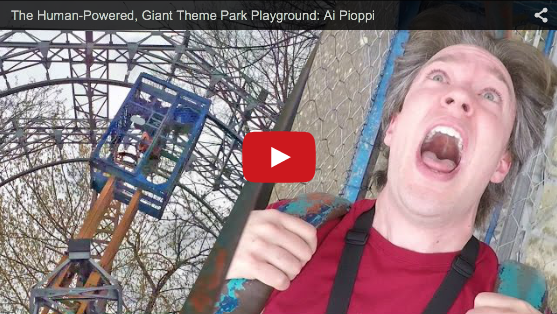 See Why This Might Be The World’s Scariest Amusement Park

This amusement park in Italy isn’t your average thrill seekers playground. The park called Ai Pioppi Playground consists of rides that are completely powered by you, the visitor.

Tom Scott recently visited the park and made a small vlog about it, which you can check out below. In the video the park itself looks as though it should have been closed down a long time ago due to the rust on all the rides. 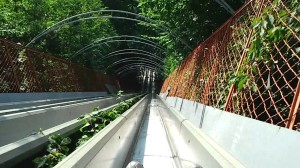 The park however, is up and running still and was the brainchild of a man named Bruno. He started building the park 40 years ago for children that would eat at his restaurant and has since then turned into a terrifying kinetic theme park.

The ride that Scott was riding in the video is called “Bicycle of Death” and is a metal cage that swings it’s riders 360 degrees in a loop, powered by the pedaling of his occupants.

Now at first this may seem like a really dangerous theme park, but in reality the only injury Scott suffered from at Ai Pioppi was a self inflicted one when he tripped while running. Would you go to this park? Check out the video below and let us know: