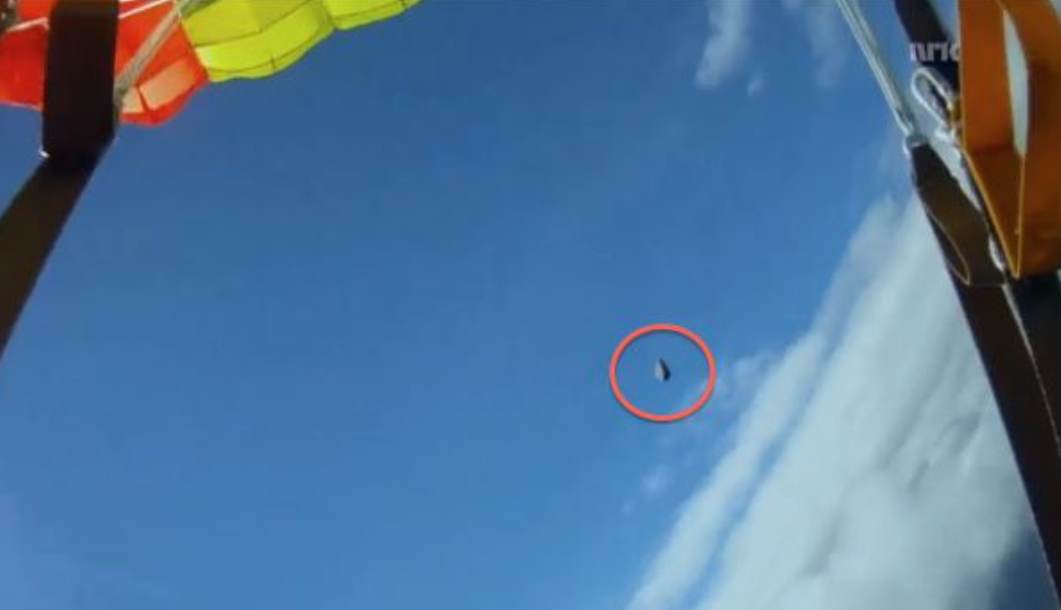 Skydiver Almost Split in Half by Meteorite.

Skydiver captures first-ever footage of an extinguished meteorite in mid-air as it falls to earth and almost on him.

As the Norwegian skydiver deployed his parachute he looks up to find an object hurtling towards him. This object was a meteorite that was traveling at approximately 300 kilometers or 186 miles per hour.

If the skydiver would have jumped a second earlier he probably would have been hit with this space rock and been split in half. Luckily for him that didn’t happen and now we have this awesome footage to look at.

When the skydiver was asked about the probability of filming this he gave his best guess: “It’s certainly much less likely than winning the lottery three times in a row.”