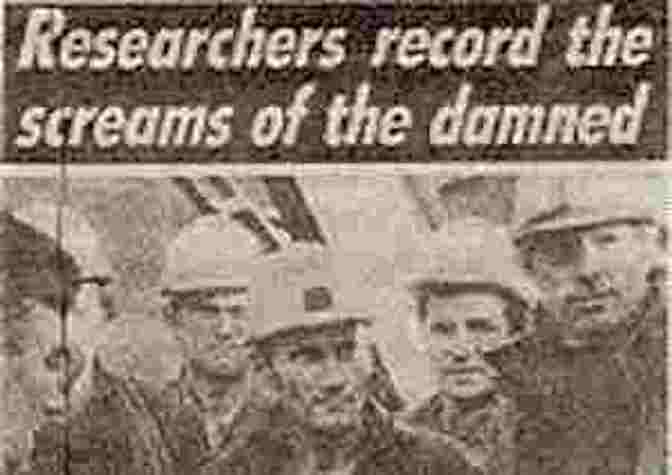 Sounds of Hell in Siberia.

In 1960 a team of Russian scientist digging in Siberia made a discovery about the middle of the earth. At some point they listened with fireproof microphones to record the movements of the tectonic plates. However what they got instead was not what they expected.

The discovery was so shocking to their ears, that the scientists were afraid to continue the project. They first believed they were sounds produced by their equipment so they adjusted the machine to improve the sound quality.

What they heard turned those logically thinking scientists into trembling ruins. They could hardly believe their ears. They heard a human voice, screaming in pain. Thousand could be heard, perhaps millions in the background.

It was enough for all the scientist to leave the project terrified. Listen and decide for yourself. But I warn you, the recording may disturb you. It may not be suitable for young children.