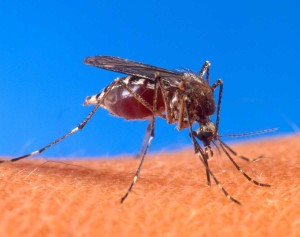 Those Who Went To Burning Man May Have Brought Back A Very Unwanted Disease, PLEASE READ. New information is coming out of Gerlach, Nevada, which is a town that is near Black Rock Desert, that nine mosquito traps in the area have tested positive for having the West Nile Virus. This disease attacks the nervous system and causes brain inflammation or meningitis. Also for all that don’t know, the Black Rock Desert is where they hold the legendary festival Burning Man.

In a press release Wednesday, the Washoe District Health Department said that Nevada’s first human case of the disease had been confirmed earlier over the summer and that on August 25 test results came back from mosquito traps that proved that it was present in Washoe County. This means that there were more than likely mosquitoes at the Burning Man event that could have contracted the virus and spread it to thousands of festival goers.

So now there is a definite call for concern. If you or someone you know has just came back form the festival and has symptoms of fever, headache, vomiting or rash, then you or they should immediately see a doctor. Shockingly 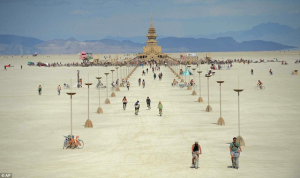 though, according to the CDC, 70-80% of people who have gotten the disease don’t show any symptoms which is even more of a problem. There is no vaccine or cure for the infection and in warmer climates the virus spreads more rapidly. In California alone, nine people have died out of the 129 total cases this year. That’s almost a 7% mortality rate just looking at those numbers. If you know anyone that went to this festival, please share this article and spread the awareness.