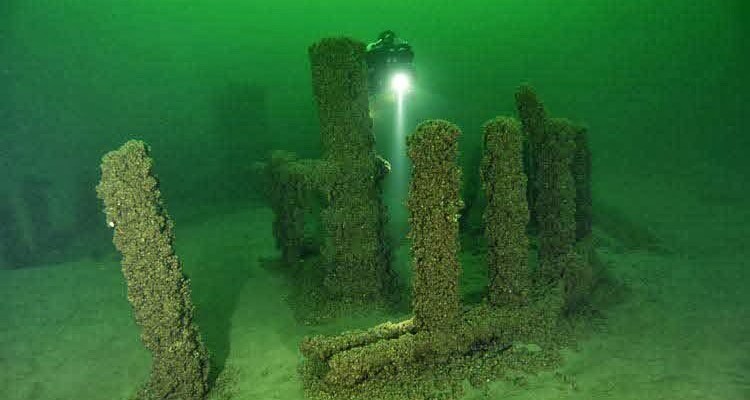 Evidence recently unearthed shows that Lake Michigan may have a Stonehenge structure on its floor alongside a boulder with the prehistoric carving of a mastodon.

The sighting happened when Mark Holley, a professor of underwater archaeology at North Western Michigan University College and his colleague Brian Abbott voyage across the lake in a ship furnished with sonar equipment with intent to examine old shipwrecks.

While combing Grand Traverse Bay they observed unique rock formations resembling Stonehenge, and rocks with strange carvings, one which Holley believes to be a mastodon. “When you see it in the water, you’re tempted to say this is absolutely real,” Holley told reporters. 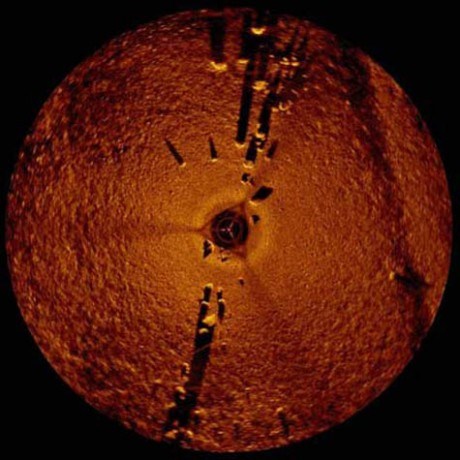 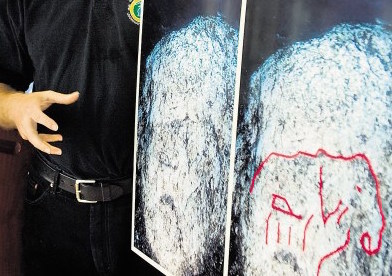 Mark Holley explains what he thinks is an ancient carving of a mastodon carved into a rock recently found in 40 feet of water in Grand Traverse Bay. The red lines follow etchings made in the rock, he said.

Experts shown pictures of the boulder holding the mastodon markings have asked for more evidence before confirming the markings are in ancient petroglyph, said Holley. “They want to actually see it,” he said.

The formation, if authenticated, wouldn’t be completely out of the ordinary. Stone circles and other petroglyph sites are located in the Great Lakes area. Ancient structures underneath large masses of water are not all that uncommon around the planet. There are over 100 cities at the bottom of the Mediterranean Sea and even more at the bottom of our oceans. Which raises the question I always ask, “Where did all the water come from?”