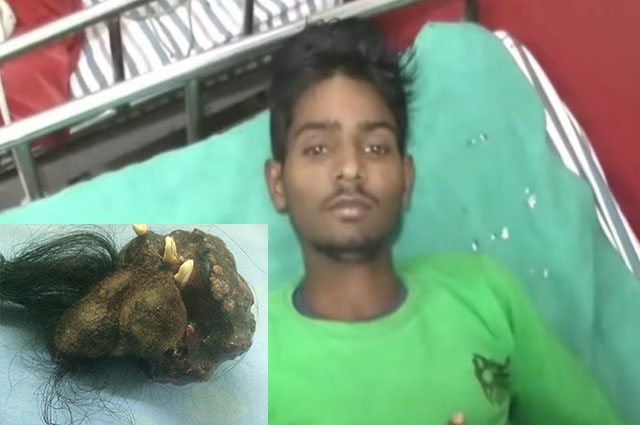 When 18-year-old Narendra Kumar was rushed to the hospital for severe abdominal pain, weight loss and vomiting, they never expected to discover something this horrifying.

Kumar’s stomach aches had nothing to do with a flu or food that he ate – the doctors in India discovered the teenage boys stomachache was caused by a malformed fetus of his unborn twin.

After a long process of diagnosis, ultrasound and CT scans they discovered a 7.8 inch, 5.5 pound mass of bone, hair, and teeth in his abdomen. The mass was reportedly caused by a developmental abnormality called “fetus in fetu.”

In this extraordinarily rare condition, one of the fetuses in the early stages of a twin pregnancy envelops the other. The enveloped twin then lives off the nutrients provided by it’s siblings blood supply. They’re usually found in the host’s abdomen, although there are reported cases of them being found in skulls and even scrotums, among other things.

Dr. Rajeev Singh told The MailOnline, “The boys stomach grew, but his plight went undiscovered for years because neither his parents were aware of his medical condition nor the doctors could diagnose the condition at an early stage. Technically, the fetus was alive and was growing due to metabolic activity in his body.”

Dr. Singh Also added, “In the three hour-long surgery, we removed a mass of malformed baby, which had hair, teeth, a poorly developed head, a bony structure of chest and spine, with lots of yellowish and the Arctic like fluid in the sack.” 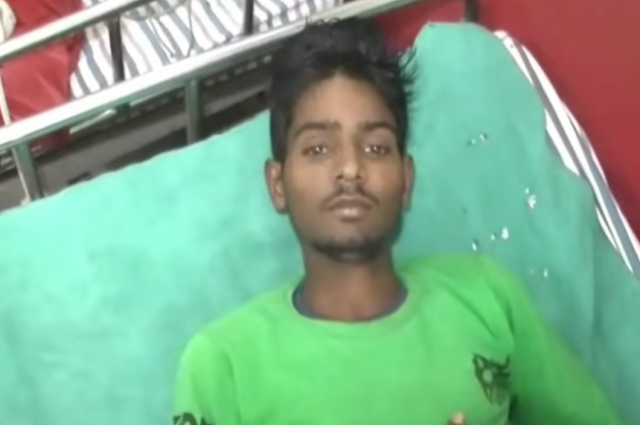 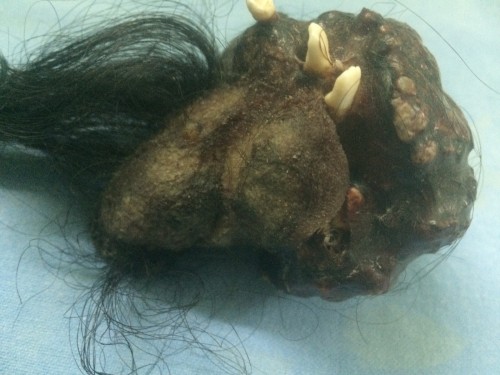