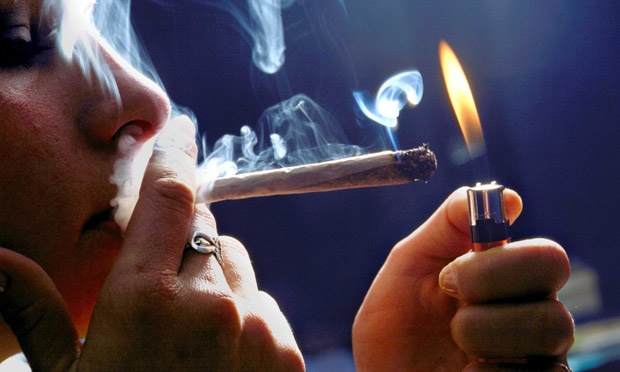 Just 100 years ago, the things that our government considers dangerous and deadly, used to be approved and encouraged for use by the FDA. Not only were these drugs available, they were actually recommended and promoted by top healthcare professionals.

10. Opium:  This form of dried juice from the opium poppy became popular in the United States during the 19th century. Back then, it was freely prescribed by doctors and even available at grocery stores. Opium was often given to women to treat menstrual cramps and infants to help teething pain. In 1914, the Harrison Narcotics Tax Act effectively outlawed the drug throughout America. Today, it is heavily restricted.

9. Marijuana:  Usage of the cannabis plant was unrestricted in America until the early 20th century. In fact, the government required farmers to grow the native hemp on their plantations in order to produce textiles. The earliest state to ban the plant was California in 1913. Federal laws passed in 1937 restricted marijuana usage to the medicinal, and later laws in the 1950s introduced mandatory sentencing for possession, with the justification that marijuana was a “gateway drug” into heavier narcotics.

8. Methamphetamine:  In 1944, methamphetamine was approved by the food and drug administration in the US to treat a selection of medical conditions including narcolepsy, alcoholism, mild depression, and even seasonal allergies. In 1970, the Controlled Substance Act severely restricted its usage, although meth is still available under the name of Desoxyn four very limited uses.

7. Peyote:  Mescaline, a hallucinogenic chemical derived from the Peyote cactus, has been used by Native American religious ceremonies for thousands of years. Peyote was outlawed in several US states in the 1920s and 30s, but remained legal in most of the US throughout the 1960s and was often shipped interstate to interested parties. Mescaline was restricted by Congress under the 1970 Controlled Substance Act. Currently, members of the federally recognized Native American Church are exempt from criminal penalties for peyote use.

6. Cocaine:  Many famous people of the early 20th century, including Sigmund Freud and the Pope, were cocaine users. It was available in many forms, including dissolved into wine, and prescribed by doctors to treat depression and morphine addiction. In America, it was popular as a treatment for coughs and pain, and was famously included in early versions of Coca-Cola. Although technically restricted by the Harrison Narcotics Tax Act in 1914, prosecution for cocaine usage was rare, and only became common after it was listed as a controlled substance in 1970.

5. LSD:  The psychedelic effects of LSD, or acid, were discovered by accident in 1943 after a Swiss scientists who invented the chemical accidentally absorbed some through his skin. During the 1950s the U.S. Army, along with the CIA, researched the uses of LSD as a potential truth drug for use in brainwashing. In 1966, after widespread abuse and ill effects caused in part by people making the drug incorrectly, LSD was outlawed in California. In 1970, it was listed by Congress as a schedule 1 substance, meaning it has no recognized medical or therapeutic uses.

4. GHB: Famous these days as the “date rape” drug, GHB is a naturally occurring neurochemical that produces a depressant, pain relieving effect. The lab made version was synthesized in the 1960s and was used widely in Europe as an anesthetic, particularly in childbirth. In the 1980s, it became popular among bodybuilders as a legal sleep aid, and eventually as a legal recreational drug. After GHB became associated with abuse and accidental deaths, the FDA crackdown on its sale in 1990. In 2000, it became a schedule 1 drug.

3. Magic Mushrooms:  Also known as shrooms, magic mushrooms are fungi native to Asia and the Americans that contain psilocybin, a compound that produces an LSD like effect on users. Use among Westerners was popularized in the 1950s after an article on the subject appeared in Life Magazine. In the 1960s, psychologist Timothy Leary and many others promoted these mushrooms for psychological use. Possession of psilocybin-containing mushrooms was outlawed in 1968.

2. Ecstacy: MDMA, or ecstasy, was legal in the United States as recently as 1984. Synthesized and patent in 1912 by a chemist working for pharmaceutical company Merck, was largely forgotten about until the mid-1970s when Berkeley professor Alexander Shulgin popularized it for use in psychotherapy. Shulgin claimed that it could help psychiatric patients achieve greater introspection and more openness with their therapists. Ecstasy also became popular in non-therapeutic settings, particularly nightclubs, and in 1985 was put under an emergency ban and became a schedule 1 controlled drug.

1. Heroin:  First synthesized in 1874, heroin was first created as a nonaddictive alternative to morphine. The word heroine is actually a brand name created by the pharmaceutical company that invented it, Bayer. in the early 20th century, it was also marketed in the US as a treatment for coughs and as a kind of old-fashioned methadone program for morphine users. Unfortunately, the drug turned out to be more addictive than morphine. Heroin used to be legal, until it became apparent that it was more addictive than morphine, and can cause opiate withdrawal symptoms when it’s use is abruptly stopped. After hundreds of thousands of American saw their sore throats relieved only to be replaced with crippling addiction and long-term stays at a drug rehab program, heroin usage was severely restricted in the Harrison Narcotics Tax Act of 1914, and outlawed altogether in 1924.