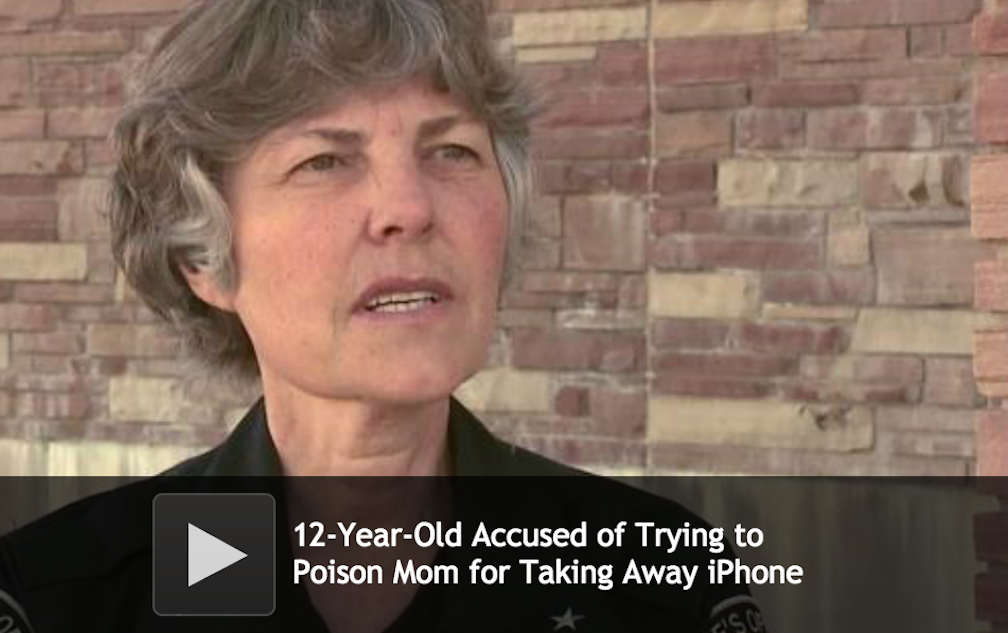 12 Year Old Poisons Her Mom With Bleach For Taking Away Her iPhone.

If you have a disruptive bratty teenager, and she hasn’t tried to poison you yet, I guess you’re one step ahead of the game.

However, the mom of this 12-year-old in Colorado wasn’t so lucky.

This preteen is accused of attempting to kill her mother with bleach after her mom took away her iPhone.

This young girl allegedly tried to poison her mother two times with the cleaning fluid – the first time on March 2, when she put it in her mom’s smoothie and the second time on March 6 in one of her mom’s other beverages.

The second time the mom smelled the bleach in her drink, she confronted her daughter.

The daughter admitted to her mom that she was “trying to kill her for taking her iPhone.”

The Sheriff’s office began an investigation after the mother checked into the hospital on March 6, and the daughter was arrested on March 20.

The mother did not sustain any injuries from the bleach she consumed. The daughter was charged with two counts of attempted first-degree murder and is in custody at the Boulder County juvenile center.