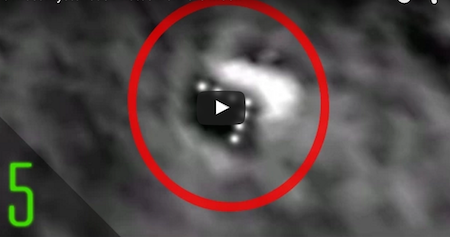 These five mysterious pictures from the moon include a UFO sighting during NASA’s Apollo 16 mission, an alien colossus spotted on the surface of the moon, a secret extraterrestrial colonial or military moon base, a strange employee photo taken when NASA bombed the moon, and curious lunar sprites that appear to be an underground power station captured by the Apollo space mission.

UFO sightings, aliens and a NASA conspiracy theory – these are five of the most mysterious photos from the moon.