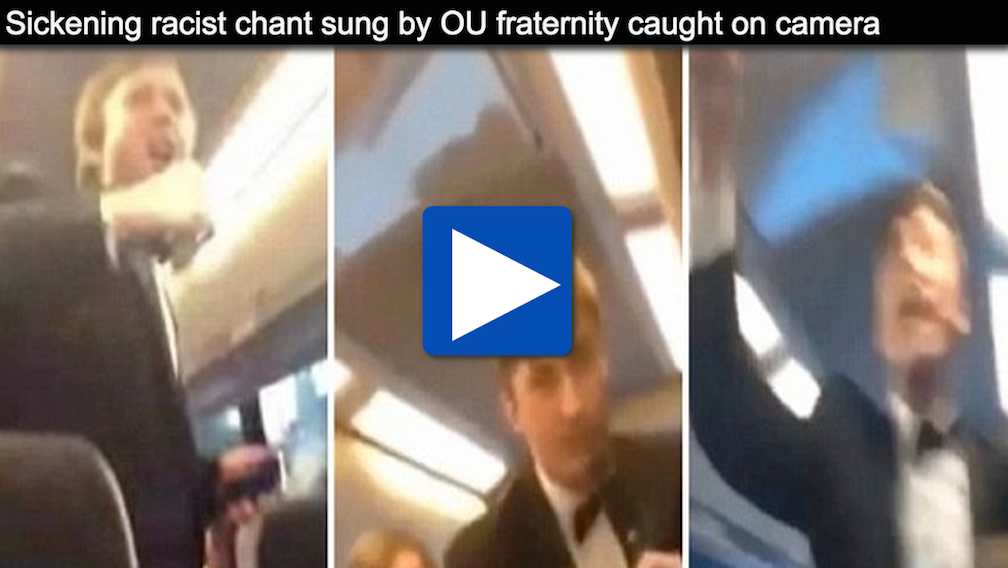 In an immediate response to a video posted by the University of Oklahoma chapter of Sigma Alpha Epsilom, the UO chapter of SAE was shut down and its members face possible expulsion for chanting racist and bigoted songs.

Facing an uncertain future, these ex-SAE members need to decide what careers will remain open for them.

Here are a couple choices:

1. Watchdog for the NAACP

Using the “It takes one to know one” philosophy, the former fraternity members should have an easy time recognizing other acts of racism in other college campuses.

Yep.  They are going to fit right in.

Thanks to emails stolen and leak on the Internet last year, Sony execs certain know what their Black audiences want, including the President – only movies starting Black actors.  Then again, the former SAE members might be confused as to which actor is Will Smith and which is Kevin Hart.

Mississippi State Representative Alday claims recent comments by him were taken out of context when he said all Blacks in his county were on welfare, and that he had to wait for healthcare because the doctors were busy treating Blacks with gunshot wounds. These “soon to be expelled” OU students can help him made more blatant comments in the future.

They will get along well with Giuliana Rancic after her famous comments about actress Zendaya’s dreadlocks.

Given Mel’s observations about Black Americans and Jewish Americans, they should have a lot to discuss.

In 2013, a former employee accused Chef Dean for discrimination and racist talk.  Dean can avoid further lawsuits by hiring these like-minded individuals.

This January, 3 McDonald franchises were sued for wrongful termination after several African Americans were fired for not fitting the “profile.”  Certainly, these ex-frat boys would fit the “profile.”