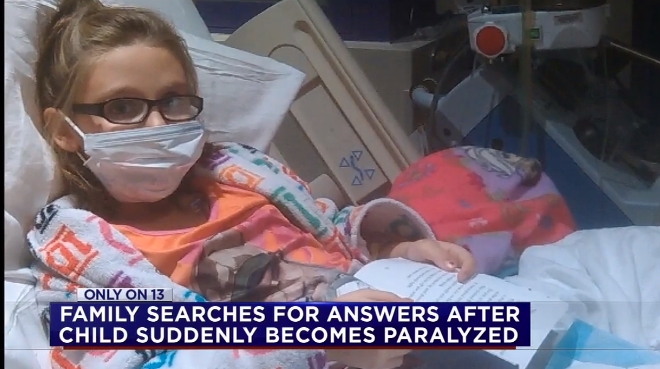 A nine-year-old girl from Texas is bedridden at the Texas Children’s Hospital in Houston after being injured by a flu shot, according to a recent report by KRTK-TV.

Brianna Browning, a fourth grader from Crystal Beach, Texas, was “perfectly healthy” before being injected with a flu vaccine at Bolivar Peninsula school.

Now, she is paralyzed from the waist down and completely blind. Her symptoms started about eight hours after receiving a flu shot when her mother said she began “profusely vomiting,” which continued into the next day.

Browning received the shot on Thursday, and by Saturday she was paralyzed from the waist down, said her parents, adding that it appeared as if she had a seizure.

Doctors have diagnosed Browning with Acute Disseminated Encephalomyelitis (ADEM), which is known to be triggered by vaccines. It is still unclear what type of flu shot the young girl received.

Doctors say her recovery could take up to one year, with some symptoms never residing.