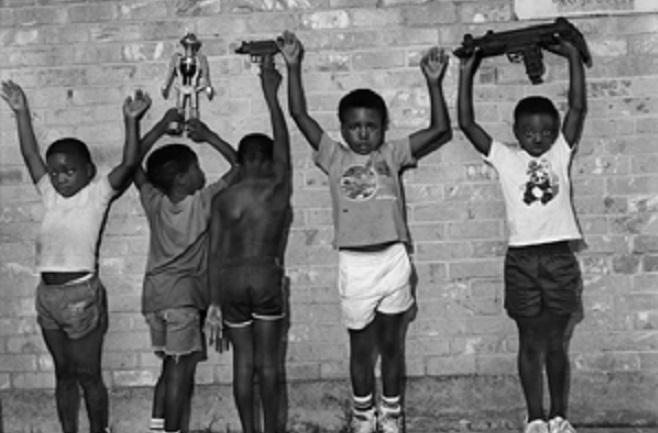 “9+10=21 Kid” Arrested In Ferguson Missouri For Looting A Toys R Us Store.

Riots continued on Monday evening at a Calverton Park, Missouri Toys R Us where 38 children under the age of 11 were dropped off by their parents and told to “Get the sh*t you want in there.”

One of the children arrested was the kid famous for his viral video when his brother asked him “What’s 9+10” and he confidently answers “21”.

The 8 year old child, only referred as “Stupid” by his family was dropped off at the Calverton Park, Missouri Toys R Us by his mother and her boyfriend. According to authorities, he was given a brick, box of matches and stick and told to “Get his Christmas presents.” They also told him, “After you get your sh*t, light that b*tch up.” In other words, burn Toys R Us to the ground.

There were 12 adults that accompanied the group of 38 juvenile rioters, but only 2 were arrested at the scene. Police reports state that upon their arrival the other 10 adults fled the scene, leaving the children behind. The children were booked and later released to Child Protective Services.

Eyewitnesses say when the group of junior thugs arrived, they threw bricks at the windows and entered through the shattered openings. They exited the building with shopping carts full of video games, RC cars and toy guns. Five of the young boys stayed behind to start the blaze by piling up white dolls in the back of the store and setting their hair on fire.

The stolen merchandise was recovered at the scene along with marijuana, crack pipes and switch blades that the children insisted belonged to their parents.

“Stupid’s” mom and boyfriend were later apprehended by police. However, they denied any involvement in the young mans wrongdoings. They are facing charges of child endangerment and neglect, being held on a $10,000 bond.