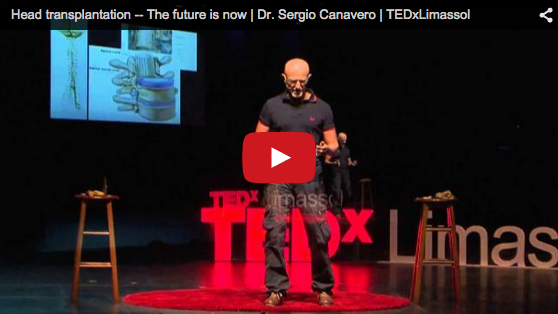 A Fate Worse Than Death, The First Human Head Transplant

This may sound like something out of a new Human Centipede movie, but no this is anything but science fiction. This past week a 30-year-old Russian man, Valery Spiridonov, announced that he would volunteer to become the first human head transplant patient ever. This would mean he would have his head removed and put back on another body.

This may seem impossible, but earlier this year Italian surgeon Sergio Canavero created and outlined a transplant technique in the journal Surgical Neurology International. Canavero will use this technique in Spiridonov’s operation and plans to launch the project at the annual conference of the American Academy of Neurological and Orthopaedic Surgeons in the US this June.

This will be where Canavero will try and recruit researchers and surgeons to join him in making history by achieving this seemingly impossible feat. The surgery itself is predicted to be a 36-hour operation requiring the assistance of at least 150 doctors and nurses.

The clear downside to this operation is that no one knows how the transplant will effect Spirdonov’s mind. He may be in for a fate worse than death after the transplant according to Christopher Hootan at The Independent. “A Werdnig-Hoffman disease sufferer with rapidly declining health, Spiridonov is willing to take a punt on this very experimental surgery and you can’t really blame him, but while he is prepared for the possibility that the body will reject his head and he will die, his fate could be considerably worse than death,” said Hootan.

The problem seems to be that we have no idea how all the new connections and foreign chemicals in his brain will be dealt with. It could damage Spiridonov’s psyche or as Hootan puts it, “it could result in a hitherto never experienced levels and qualities of insanity.”
Check out the Ted X talk below where Canavero talks about the reasons why head transplants could be possible and maybe even a thing of the future: