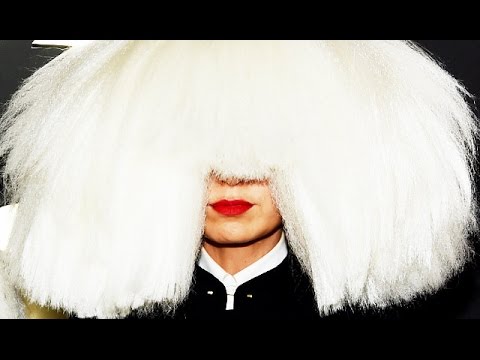 Australian-born singer/song-writer Sia hides her face from the world by performing with her back to the camera or wearing elaborate wigs.  However, in a shocking reveal, pop-sensation Sia is none other than pop-sensation Iggy Azalea.

Sia last performed at the Grammys in a Blair Witch style facing into the corner and away from the audience. Her Grammy performance mirrored her other performances on the Ellen show and Jimmy Kimmel.

On the other hand, Iggy is more flamboyant with color costumes and use of breast augmentation to further her image.

Yet, neither singer has been seen or pictured together much the same way Clark Kent and Superman are never seen together.

Additionally, both singers were born in Australian.  Both have blonde hair, and both are female.

Why?  It turns out Iggy and Sia are the same person – 54 year-old custodian Alex Caruthers.

“I just wanted to sing,” admitted old man Caruthers after he was caught mid-change by paparazzi.  “I tried going on Idol and the Voice but who wants to watch a flabby man gyrating on the stage.”

“I created both Iggy and Sia to see which would take off.  When both hit it big, I was kinda stuck.”  Mr. Caruthers further confessed, “I’m glad I was finally caught.  I need a rest.”

The news about both singers has shocked their fans with many shouting for Caruthers to live up to his obligation for new albums, scheduled for released this year.