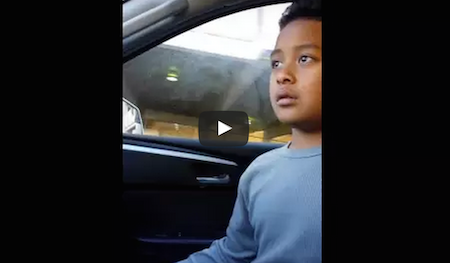 After Seeing What His Father Did, I Think His Son Learned A Lesson About Lying!

For whatever reason, this little boy lied to his dad and said other people were messing with him at school.

His dad could tell that he was lying, so he took it to the extreme to teach his son a lesson.

By the looks on his son’s face, this little boy had the sh*t scared out of him!

I think the young man learned his lesson!