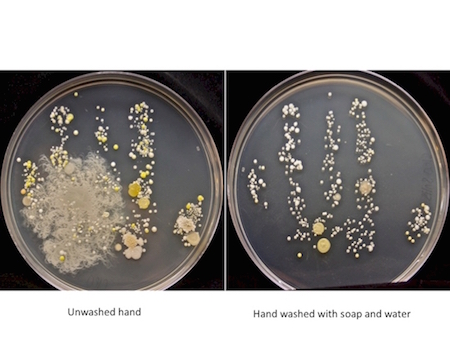 After You See What Was On This 8 Year Old’s Hand After Playing Outside, You Will Run To Wash Yours!

We don’t think about the hidden, microscopic world of bacteria every day – well, maybe the hypochondriacs among us do – but it certainly affects us every day. We might worry about getting infections, and rightly so because bacteria can do an awful amount of damage to humans, but we also need bacteria to live. It’s unavoidable.

Tasha Sturm, a microbiology lab technician at Cabrillo College in California made a graphic representation of the bacteria her eight-year-old son picked up playing outside one day, and it’s startling. You know a child sticky fingers are going to pick up something, but it’s another thing to see all the things you didn’t realize were there. After her son placed his hands on a sterile Petri dish with some growth medium in it, she incubated and cultured the bacteria for about a week, then took these photos.

According to Sturm, the large white blob in the lower right of the photo is likely Bacillus, a bacteria commonly found in dirt. Sturm Wasn’t sure what the blob in the upper left of the photo was from, but believed it to be a contaminant.

Students at Cabrillo College have also done cultures at their hands before and after washing with soap and water. The difference is easy to see. 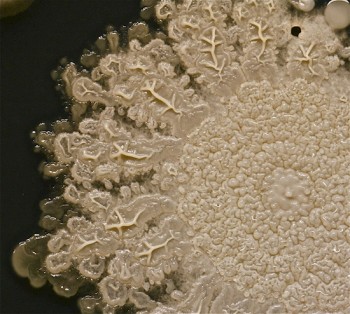 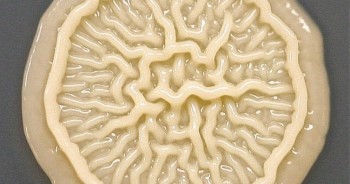 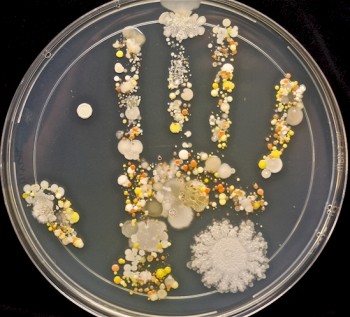 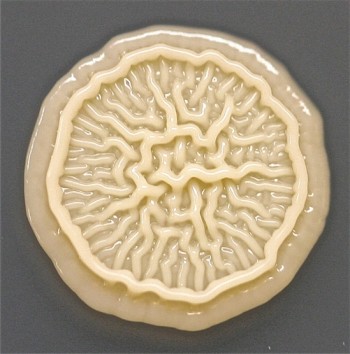