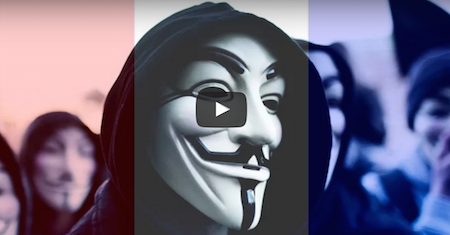 Anonymous was originally planning to release this particular message if Donald Trump was to become president of the United States.

However, they later realize that whoever does become president, whether it’s Trump, Sanders, or Hillary Clinton this message needed to be sent out.

Anonymous says, in the end, nothing will stop them or the citizens of the United States from the inevitable.

They say to expect an uprising, mass protests and revolutions.

Check out their message in the video below and share it with your friends on Facebook and leave your opinion!