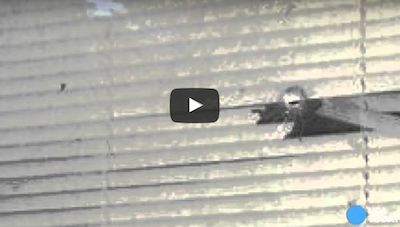 At 8 Months Pregnant, A Florida Woman Gives Birth After Being Shot In The Chest.

Premature labor can be a terrifying experience for any mother, but the experience had by a 28-year-old Florida woman this week is unfathomable.

Around 12:40 AM, shots were fired to the bedroom window of a sleepy neighborhood on the 5200 block of Brentview Terrace in Ortega Farms, Florida. Inside, a yet unidentified woman who was eight months pregnant was hit in her chest and immediately rushed to the hospital, where she received an emergency C-section to save the baby’s life.

“Three additional adults and three children were also in the house at the time of the shooting. Investigators think someone in the home was the intended target, but they are unsure if it was the then-pregnant woman,” Jacksonville’s First Coast News reports. They add that police claim the neighborhood where the shooting took place is usually “pretty quiet.”

USA Today reports below that police are unsure if a single shooter or multiple assailants were involved in the heinous crime. Additionally, they are unsure if the pregnant woman was a casualty of the shooting or one of any number of intended targets.

Thankfully by some miracle, both the mother and her newborn baby are reportedly recovering at the hospital and are in stable condition, according to the Jacksonville Sheriff’s office.