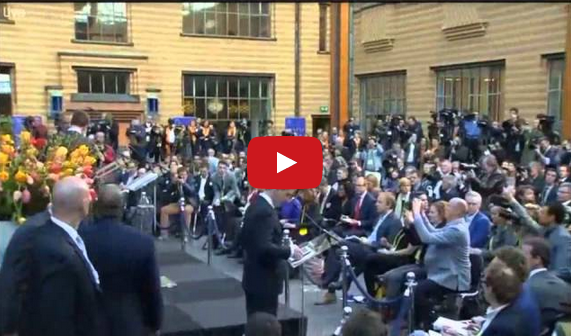 Awkward Silence After Obama Speech, No One Clapped.

Obama’s speech was held at the Nuclear Security Summit 2014. It took place in the Netherlands as he was speaking of checks, balances, and legal processes.

It seemed that he may have been putting his audience to sleep. He continued to state his “confidence” in the direction he was going, but I’m not so sure everybody agreed.

He looked a little bit confused, I’m not sure even he believes what he is saying anymore.

Anyway, at the end of the press meeting one person clapped. It seems his popularity is failing.