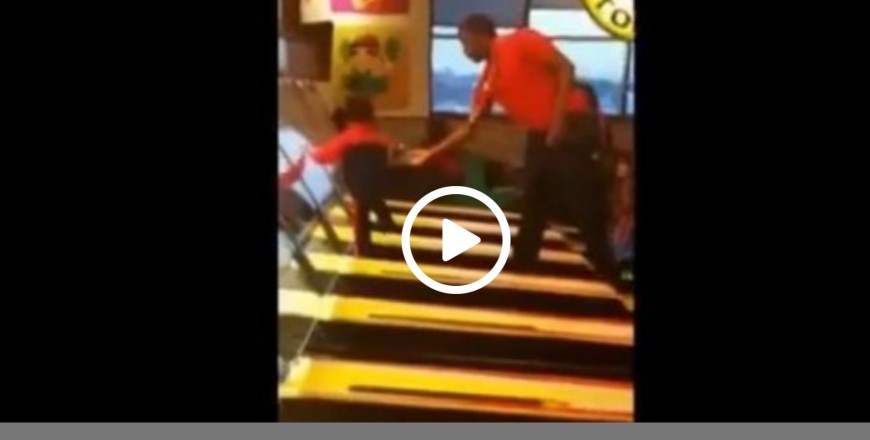 Bad Kid Terrorizes Chuck E. Cheese And Its All Caught On Video.

The parents are nowhere in sight. I have seen my fair share of out-of-control children in public, but this kid is the worst I have ever seen.

Below is outrageous footage of a little boy running wild, spitting on customers and terrorizing an entire Chuck E Cheese’s with no parents insight.

The man behind the camera followed the kid as he menaced his way through the entire arcade, bullying customers and wreaking havoc on other little children.

He is seen walking back and forth across the skee ball machine and spitting on a grown woman. He then works his way over to the basketball hoop as he steals the balls from the little kid and begin throwing them at on lookers.

He then runs over to the race car game and punches and innocent child who was playing the arcade game. Then he runs himself over to the Clifford the Dog ride and spits on a mom who was trying to tell him to calm down.

So, where are the parents? It seems to be a popular question for the tens of thousands of people who have seen this video that has now gone viral. According to the man that filmed and posted this video, the kid ran wild for over one hour.

By the time the cameraman left the Chuck E. Cheese’s the parents were still nowhere to be found. While this video may be shocking and amusing too many of us watching it on the Internet, we sure hope that this little boy gets the proper care that he needs.