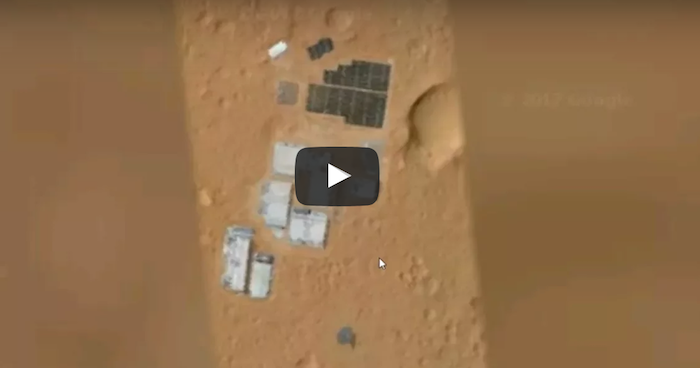 Crazy stuff. Dahboo7 was tooling around on Google Earth, which also contains data on the planets of the Solar System.

He was shocked to discover very clearly-visible images of an apparent human facility on the surface of Mars with solar panels, HVAC fans and a big satellite dish. All of it appears to be standard 21st century design and technology. The only thing off about it is the lack of parking spaces – and the fact that this base appears on Mars, in your very own Google Earth program.