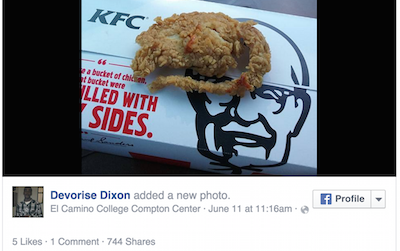 Get ready to lose your appetite – KFC has done it again!

According to Devorise Dixon’s Facebook page, he allegedly found a battered fried rat in his box of KFC chicken tenders.

Don’t eat fast food!!! I went to KFC yesterday and bought a three piece chicken tender. As I bit into it I noticed that it was very hard and rubbery which made me look at it. As I looked down at it I noticed that it was in a shape of a rat with the tail. It sent deep chills throughout my whole body! I’ve been feeling weird ever since. I bought this in Compton, California on Wilmington and 120th. I’ve never seen chicken like this before, it’s sick!!!

KFC announced on their Facebook page that they were investigating the issue. 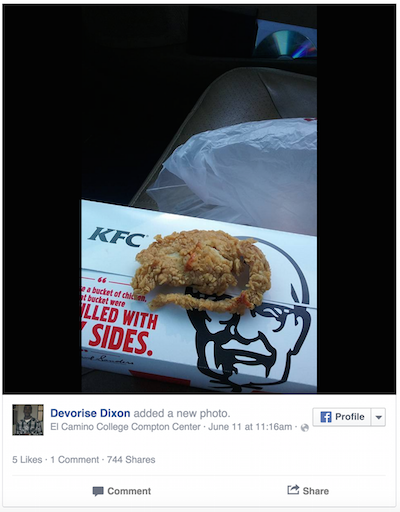