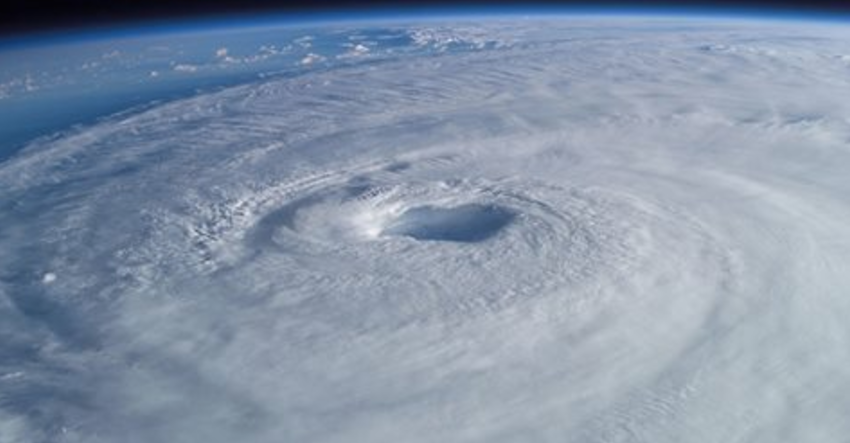 Meteorologists have been shocked at how rapidly Hurricane Irma has been strengthening, and they are already warning that if it hits the United States as a high-level category 5 storm the devastation would be absolutely unprecedented.  Of course, we are already dealing with the aftermath of Hurricane Harvey, and many experts are already telling us that the economic damage done by that storm will easily surpass any other disaster in all of U.S. history.  But there is a very real possibility that Hurricane Irma could be even worse.  According to the National Hurricane Center, at 5 PM on Friday Irma already had sustained winds of 130 miles per hour.  But it is still very early, and as you will see below, next week it is expected to potentially develop into a category 5 storm with winds of 180 miles per hour or more.

I suppose that it is appropriate that such a powerful storm has a very powerful name.  In old German, the name “Irma” actually means “war goddess”…

The name Irma is a German baby name. In German the meaning of the name Irma is: Universal, from the Old German ‘irmin’. War goddess.

Irma began forming on Wednesday, and it intensified at a faster rate than any storm that we have seen in nearly 20 years…

Hurricane Irma formed early Wednesday in the warm waters off the coast of West Africa — and took just 30 hours to strengthen to a Category 3. That’s the fastest intensification rate in almost two decades. By Friday afternoon, the storm had also grown noticeably larger in size with a well-defined eye, a classic sign of a strong hurricane.

Though Irma poses no immediate threat to land, the outlook is ominous: In the Atlantic, Irma is expected to pass through some abnormally warm waters — the primary fuel source for storm systems. The official National Hurricane Center forecast says it will remain at major hurricane status for at least the next five days, and, in a worst-case scenario, Irma could eventually grow into one of the strongest hurricanes ever seen in the Atlantic.

So how powerful could Irma eventually become?

According to Michael Ventrice of the Weather Channel, Irma could easily become a “super typhoon” with “sustained speeds of over 180mph”…

Veteran USA forecaster Michael Ventrice posted the track model on Twitter overnight and warned it looked like the storm could be a “super typhoon”, with sustained speeds of over 180mph.

He wrote: “These are the highest windspeed forecasts I’ve ever seen in my 10 yrs of Atlantic hurricane forecasting.

“Irma is another retiree candidate.”

The scale we have right now really never envisioned storms that powerful.  In fact, some have suggested that we need to add a “category 6” to describe the kind of “super storms” that are now developing in the Atlantic.

There are a few factors that worry hurricane forecasters more about this storm when compared to the myriad other tropical storms and hurricanes that tend to form in the Atlantic.

First, it’s a so-called Cape Verde storm, having formed off the west coast of Africa. These storms tend to be the ones that go on to affect the U.S., after gathering strength for many days during their march across the ocean. For example, Hurricane Andrew, which was the most recent Category 5 storm to hit the U.S. in 1992, was a Cape Verde-type storm.

Because they begin at a relatively low latitude and move west rather than northwest, it can be harder for upper level winds blowing across North America to pick up and steer these types of storms away from the U.S. coast.

Let us hope that this storm does get steered away from our coastlines at some point, but so far that is just not happening.

Many hurricanes are often weakened by wind shear, but that isn’t happening to Irma either.  In fact, CNN is reporting that “Irma will remain in a low-shear environment for the next several days”…

A strong high-pressure ridge to the north of Irma, over the Atlantic, is steering the storm to the west and limiting the wind shear in the upper levels of the atmosphere, which has allowed the storm to grow so quickly. Wind shear is like hurricane kryptonite, and prevents storms from forming or gaining strength.

Unfortunately, Irma will remain in a low-shear environment for the next several days, so there isn’t much hope that Irma will weaken any time soon.

Basically, conditions are nearly ideal for a “super storm” to develop, and if Irma does make it to the U.S. the destruction that it causes could be absolutely off the charts.

Of course, at this point, there is no guarantee that it will ever reach the United States.  But if it does, and if it is still a category 5 storm when it arrives, we could be facing an event unlike anything that we have ever seen before.

Do you remember Hurricane Katrina?  Well, scientists now know that when it hit New Orleans it had already been downgraded to just a “low category 3” storm…

To put this all in perspective, Katrina was a Category 5 hurricane out over some hot spots in the Gulf. But when it hit New Orleans, scientists now know, Katrina had winds at a low Category 3, and much of them Category 2, including the “left side winds” that then came down from the north and pushed the surge-swollen waters of Lake Pontchartrain over and through NOLA’s levees. (Hurricanes spin counterclockwise in the northern hemisphere, so when Katrina came ashore just east of New Orleans, its winds hit the city from the north.)

Only three Category 5s have come ashore in the United States in the past century — the 1935 Labor Day Hurricane, Camille in 1969 and Andrew in 1992.

And Hurricane Harvey was just a category 4 storm.

If Hurricane Irma were to make landfall as a category 5 storm with sustained winds of 180 miles per hour, it would rip buildings and everything else in its path to shreds.