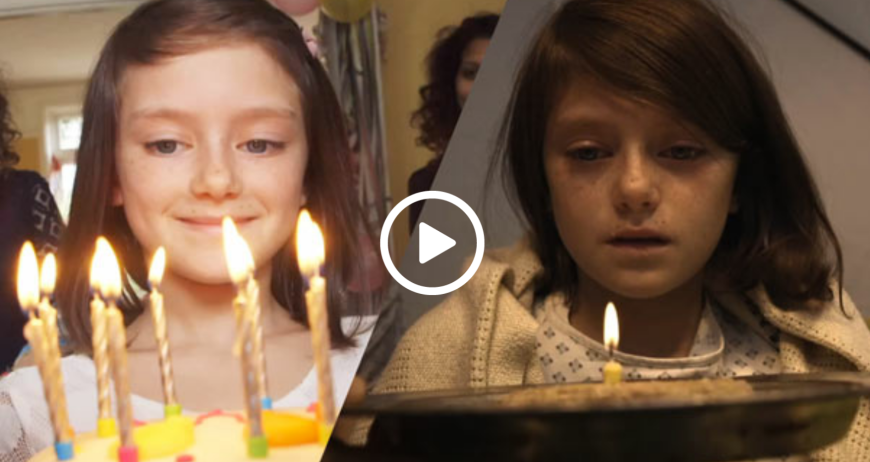 Chilling Video Shows What War Does To Ordinary Children.

No matter what your opinion is on war in general, it is hard to imagine that anyone would not be moved by a video that is going viral on YouTube.

Save the Children shows how a young British girl sees her life transform from happy and ordinary to bleak and wrought with suffering over a short period of time after a war breaks out.

It aims to make people imagine what their lives would be like if they found thenselves in the same situation as Syrian families.

“We wanted to show the horror of war for children who’s world has collapsed,” Save the Children’s deputy director of media Helen Costello told reporters. “We hope for those who don’t know much about the situation, it will be an eye opener. Most people who have viewed it have told us it’s helped them see how children could easily have their lives apart.”

Save the Children released the video ahead of the march 15 milestone marking 3 years since the start of the conflict in Syria, which has so far claimed the lives of about 10,000 children.