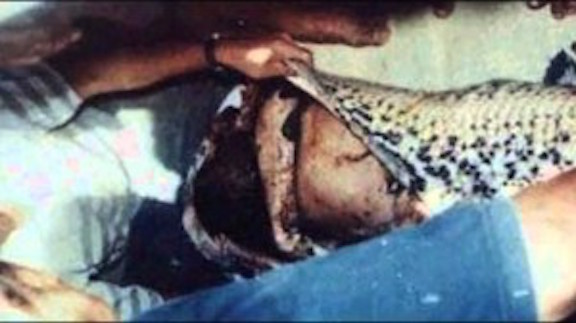 Snake Consumes A Human Sized Meal – But What Is It, Really?

Reports say that this giant Python ate a drunk man alive in India. The moral of the story: Don’t get drunk in India, as you will be discovered in and eaten buy a Python.

Some poor guy partied way too hard while he was in India this weekend and passed out on the street.

Unfortunately for said drunk man, the first to discover his own precious body was none other than a giant Python.

Known for their ability to eat creatures triple their size, and then some, the Python wrapped his mouth around the guy and swallowed him whole.

This isn’t the first time a Python has taken an everyday occurrence and turn it into a snack.