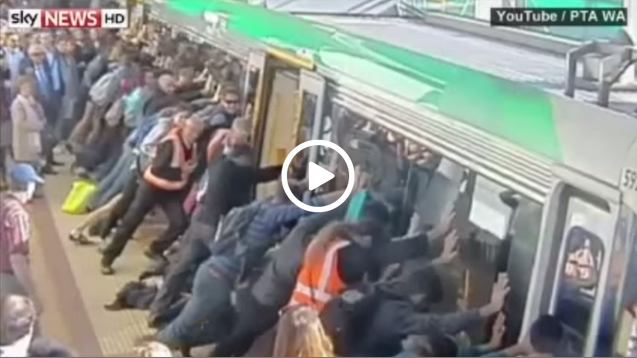 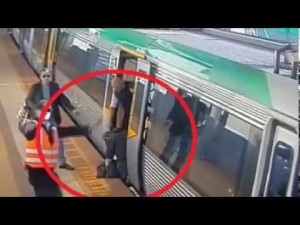 A Man Became Trapped By Train Doors, What Happened Next Was Amazing!

Usually there are signs at train stations that remind people to “mind the gap” between the train car and the platform and even though there was such a sign at this train station in Australia, one man did not heed it’s warning.

Lucky for him a group of fellow commuters banded together to help save this man from serious injury.

The incident happened at a Perth train stain in Australia, when a man who was boarding the train had one of his feet slip into the gap between the train and platform.

He instantly became stuck and even though they alerted the conductor to make sure the train didn’t move, it was still nearly impossible for them to get his leg freed.

Eventually a group of commuters started to gather and using there collective power, they started pushing on the train to help free the man.

The video is amazing proof of what we can do when we band together as a whole. Whether or not they did it out of the goodness of their hearts or just because they were going to be late for work doesn’t matter. 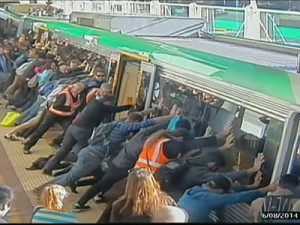 What matters is a group of people helped save someone from serious injury or even losing his leg entirely.

Check out the amazing video below.