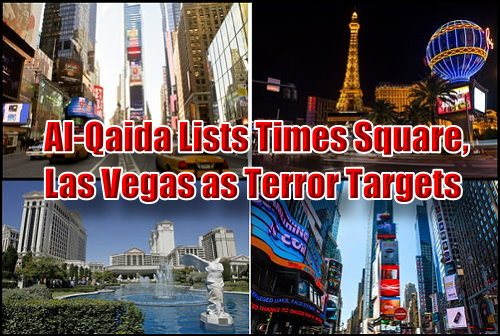 CONFIRMED – Al Qaeda Plans Terrorist Attacks On Las Vegas This 9/11. Las Vegas Metropolitan Police are on high alert as confirmed threats have targeted the city of Las Vegas. With over 40 million visitors who call Las Vegas their ultimate destination vacation resort, plus with the 24th busiest airport in the world that sees over 45 million people a year located in the sin city resort, these terrorist could make the largest impact ever seen in history. In one average day there are approximately 100,000 people gathering on the Las Vegas strip. What is to stop lone jihadists car bombs or suicide bombers from entering mid center of the city and blowing themselves up?

A publication called “Palestine” lists Las Vegas in a section on building and using car bombs, and points out specific targets such as casinos and nightclubs. Lieutenant Nichole Splinter with Southern Nevada Counter Terrorism Unit says they will “remain vigilant”. She urges people to report suspicious activity. So, what do you think about this? Would you still visit Fabulous Las Vegas? CLICK HERE —> TO LIKE DAILY BUZZ LIVE ON FACEBOOK!