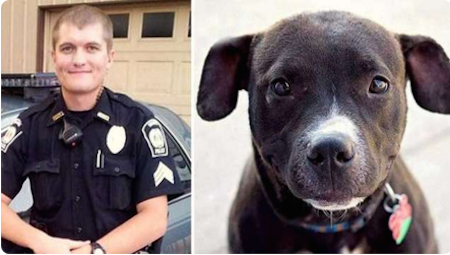 Police Chief Andrew Spencer resigned this week after it was revealed that he shot and killed an innocent dog that was in a cage and meant no one any harm.

To make matters even worse, he took the puppy to a firing range and killed it there because he did not want to deal with finding its home.

Spencer found the dog and managed to get it into a cage using a catcher pole. He then wrote in his report that he had planned to take the dog to a shelter where it could be “destroyed,” but then he got another call about a car accident so he decided to do it himself.