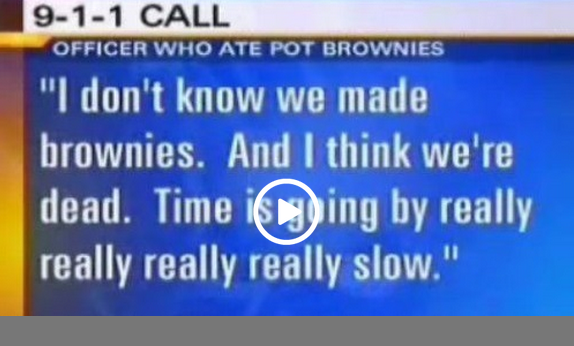 The 911 call of a Michigan police officer who stole marijuana, baked brownies, then thought he was about to die from an overdose because “time was moving really slow”, was finally released.

Edward Sanchez, a 28-year-old Dearborn Michigan man, called 911 and reported that he and his wife were dying from a marijuana brownie overdose.

They later found out that the marijuana was stolen from criminal suspects. During the five-minute recorded phone call, Sanchez tells the 911 dispatcher that he is convinced that he and his wife were going to die.

Instead of being charged they allowed the police officer to resign. His wife did not face any charges either.