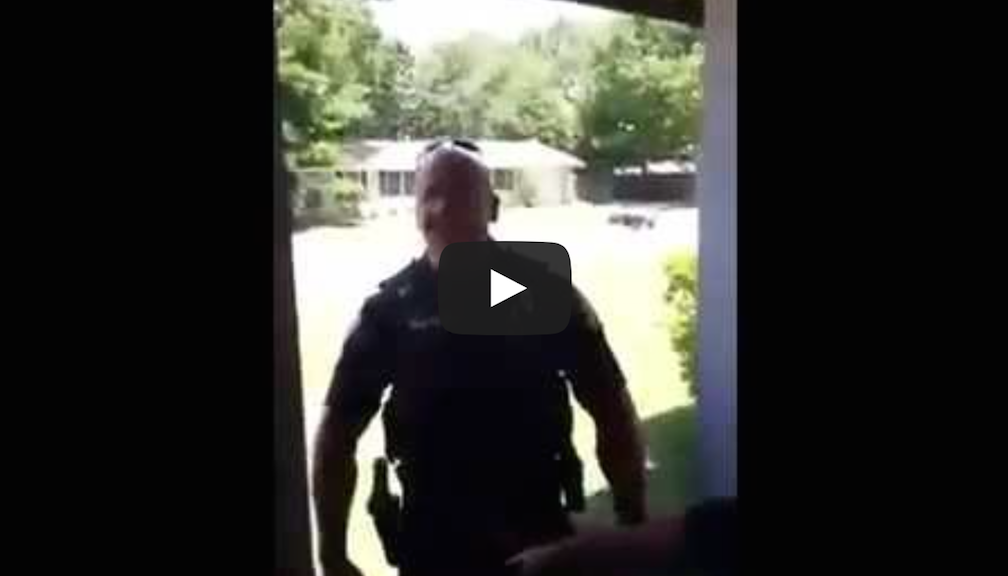 Two Massachusetts police officers are part of an armed home invasion as they forcibly enter a home, slapping an elderly woman and then trying to snatch a camera out of one man’s hand.

Out of fear, the man in the home calls 911 and reports the incident.

We are not sure why the police officers were trying to enter the home, but they ensured the residents that they were not trying to arrest anybody.

One cop remained with his foot in the doorway, not allowing the residents to close the door and secure their home.

They had no warrant, and no reason to enter. Throughout the whole incident the officers had a smile on their faces as if they thought the entire incident was funny.

The woman they assaulted, just had hip surgery and was injured in the assault. She was an older woman, and was obviously not a threat.