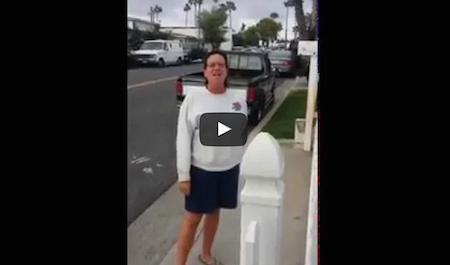 Apparently this man was having trouble with his neighbor, but he never thought she would take it this far.

The crazy woman gave her 8 year-old a large stick to hit this man’s kid with. The boy listened to his mother, and went over to the neighbors house to use it.

When the 8 year-old boy went into the man’s yard, the dad took the stick from him and broke it. Apparently he broke “the family stick” sending this crazy mom into a rage.