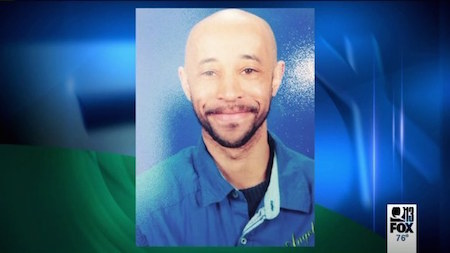 The little girl’s father walked in on the daycare worker crouching behind a bookshelf with his daughter.

Moore reportedly told the little girl’s father that they were having a “tickle fight.”

However, the little girl later said that Moore was touching her private parts.

Moore admitted to police that he was touching the little girl, but said it was an accident.

According to court documents, Moore said “when he slipped on a toy as he was tickling the girl, his fall caused his hand to slide up her panties and penetrate one area of her genitals while touching another.”

A detective wrote, “even after I tried to explain to the end that his version of events was virtually impossible, he continued to claim that was how it happened.”

Moore has been charged with first-degree child molestation and is being held in the King County Jail on a $200,000 bail.

The grandmother of Moore says she is absolutely devastated. “It’s hard to believe it’s true,” she said. “He was raised in a good environment. We don’t know of any reason why this is happening. I am very, very sorry if this is true. Please forgive us. I am crying for everybody, I am crying for the little girl, I am crying for her family.”