The controversial Common Core Math – it is now implemented in 46 states and it has parents crossing their eyes in confusion and frustration since the day it was introduced.

Many parents have taken to social media to share their disdain for the new standards.

But one Ohio dad showed his kid’s school how far removed from real-life application he feels Common Core is in a way that sure to get their attention – He challenged them to take it to the bank.

The donation check to Melridge Elementary was written out according to the long-form Common Core standards, which anyone old enough to work at a bank would have to learn from scratch before cashing the check.

So we salute you Douglas, dad from Ohio. You left them all frustrated and confused! I bet they wish they could cash that check. 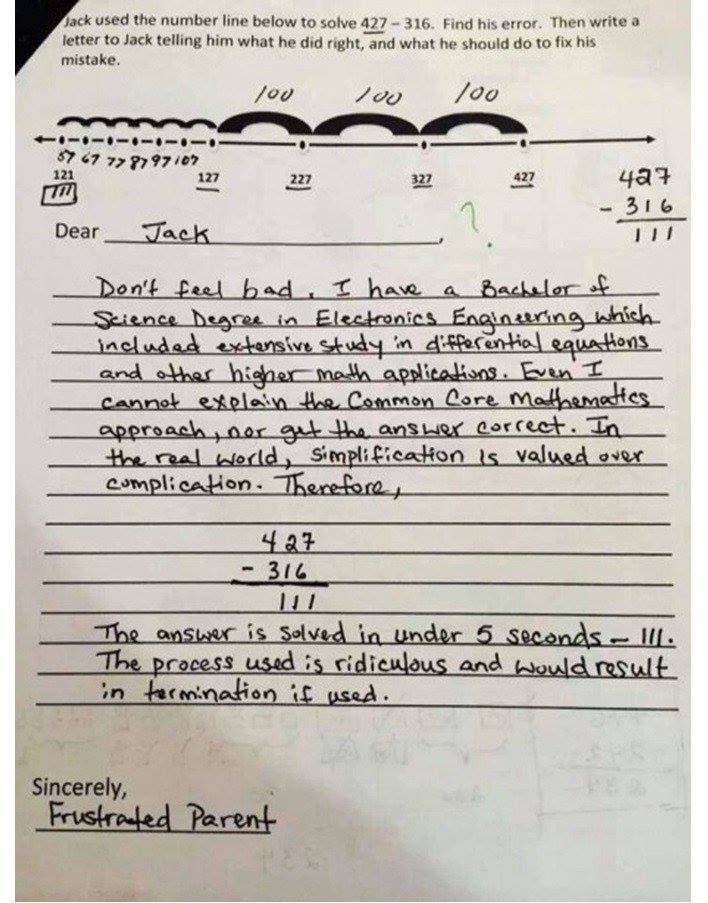