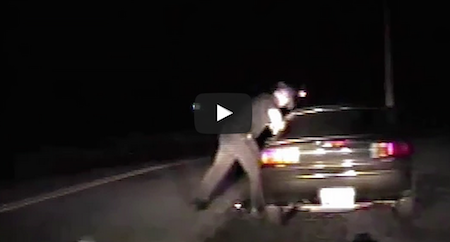 after being pulled over for crossing the center line, this woman who had previous problems with police harassment, was genuinely terrified.

And by watching this video, you will see she had every reason to be.

Under NO influence of drugs or alcohol nor had she committed a crime, this woman was yanked out of her car after the officer broke her window and forced his way through.