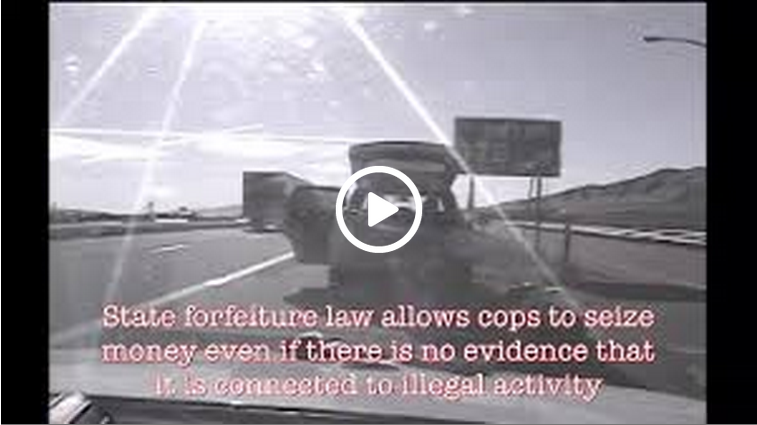 Cop Steals Mans Vegas Casino Winnings. Just reading about Nevada state forfeiture laws that allow police officers to seize money from citizens who have not broken any laws is frustrating. But watching it done on a dash cam to a man who was driving with his Las Vegas casino winnings, is absolutely enraging. Humboldt County deputy Lee Dove pulled over a driver, Tan Nguyen, and gave him the choice between abandoning his $50,000 and cash and be on his way or having it seized along with his car under Nevada’s state forfeiture law. The dash cam video was obtained by Channel 8 news in Las Vegas, which published this following transcript: 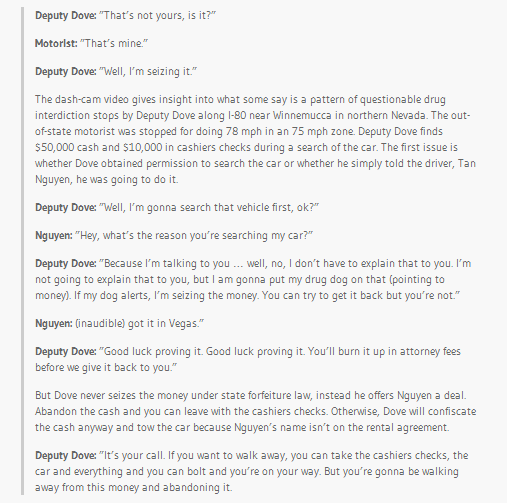 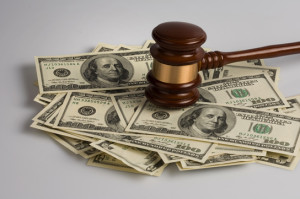 The driver sued the department to get his money back along with $10,000 in attorneys fees. Dove is still a deputy, however he is no longer allowed to demand citizens to abandon their money. But he still has the authority to seize money under this troublesome guise of the “war on drugs.” Humboldt County Sheriff Ed Kilgore spoke with the channel 8 I-Team and said proper procedures were not followed in a number of cases. He also added, his officers no longer ask people to abandon their cash. If they are suspected of a crime, the civil forfeiture process will be followed and people will be given their day in court, Kilgore said. He added, he thought the cases were being sent to the District Attorney’s office and being handled as forfeitures, but some were not. That was the case with Tan Nguyen’s money. “We want to do the right thing. I am a strong proponent of fighting the war on drugs, and I want to make sure everything we do here is on the up and up,” Kilgore said.