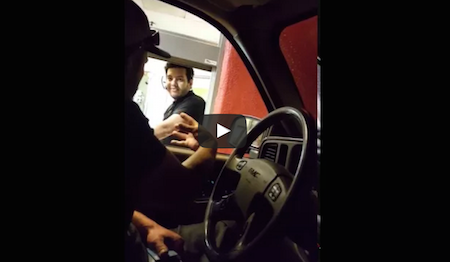 A profanity laced video that was posted online last week has landed one Del Taco employee from Peoria, Arizona, in hot water – ultimately costing him his job.

The incident was captured on a cell phone went two customers were inside their vehicle at the drive through when a trash talking Del Taco employee started to go on a verbal tirade.

It appears the customers had wanted extra sauce for their order, and that ticked off the employee behind the window.

The irate man claimed that his father was the owner of the “pot of gold” franchise and expressed no regret to being filmed or the reaction he had towards the customers.