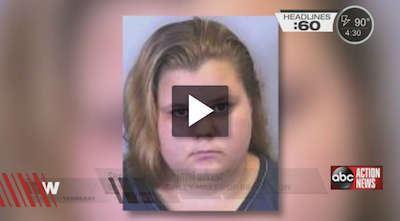 DISTURBING: Teen Arrested For Allowing Dog To Perform “Oral” On Her 40 Times.

A Bradenton, Florida teen was arrested and charged with having “inappropriate relations” with a dog.

According to the arrest report, Ashley Miller, 18, had the dirty photos of her and the dog stored on her phone.

Miller told detectives during an interview that she had the dog perform “oral” on her 30 to 40 times.

She has been charged with two counts of misdemeanor sexual activities involving animals. She is out on a $1000 bond.