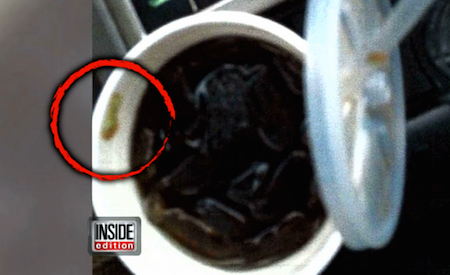 This is SO disgusting! Do you eat out at restaurants? If so, you might want to think before complaining about your food.

Ken and Julie Yeardon were eating at Chili’s in Syracuse, New York. The couple wasn’t happy with the chicken and broccoli meal they were served.

Ken paid the bill and also ordered a soda to go. When the lid popped off he noticed a wad of spit in the cup.

The waiter claimed it did not happen, but Ken went to the police who considered it a potential crime.

See the entire video below and the DNA tests that proved the waiter did it!