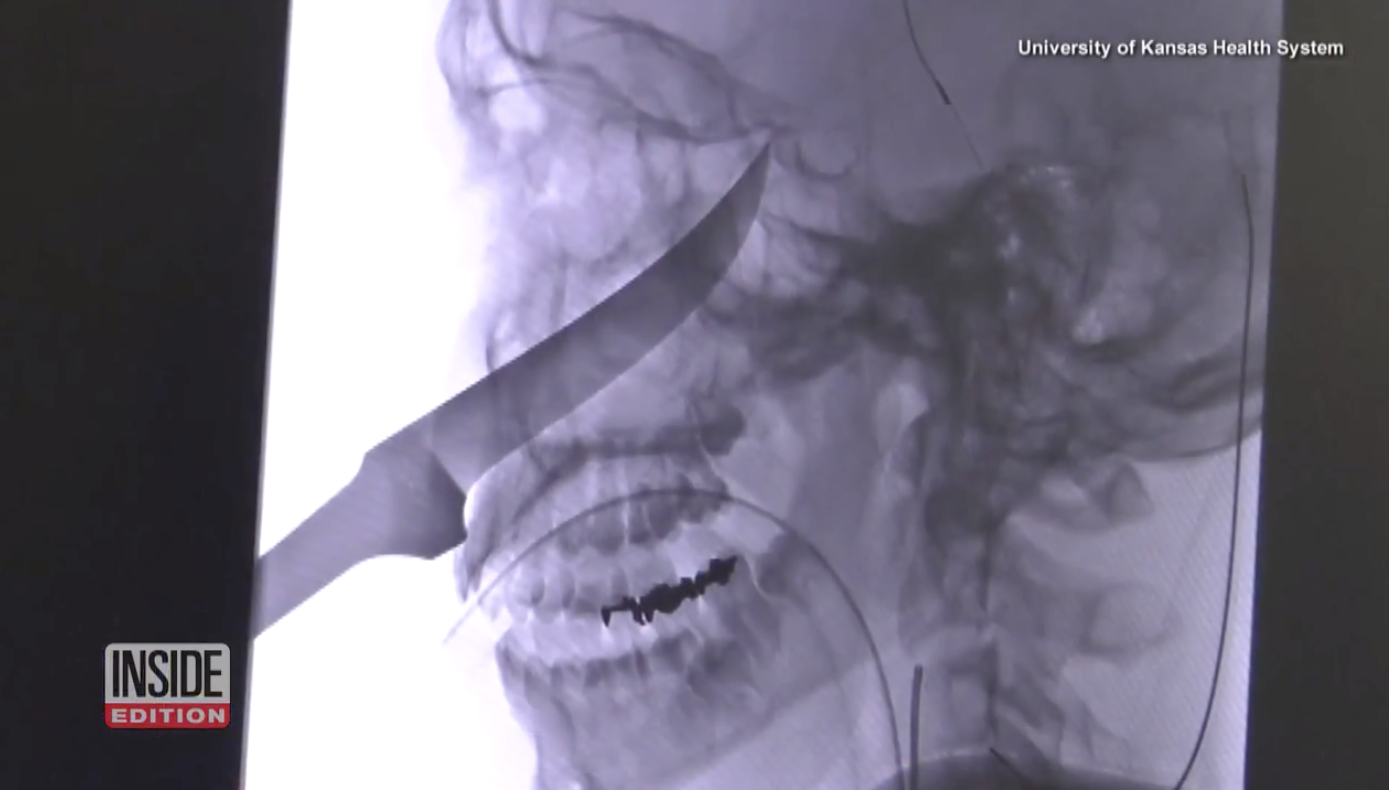 The family of a 15-year-old Kansas boy is breathing a sigh of relief after doctors were able to remove a 10-inch knife that was lodged in his brain.

Eli Gregg was playing Saturday with other kids when his mother, Jimmy Russell, heard him scream loudly outside of their home in Bourbon County.

At first she figured it was just part of the horseplay. She quickly learned otherwise.

“He came to the door, and when he opened the door, it was blood and he had a piece of metal in his face. And it was really shocking,” Russell told “Inside Edition.”

Apparently, Eli was handling the knife when he fell and it went through his face, becoming embedded in his skull. The tip of the blade stopped right at his carotid artery.

“It was instant. I was like, ‘Oh, my God, call 911. This is bad,’” Russell told station KOAM-TV, based in Pittsburg, Kansas. “I’m not even sure exactly how it happened at this point… but… yeah… it was scary.”

Eli was rushed by ambulance to a children’s hospital, but doctors there feared the precarious position of the knife next to the carotid artery put him at risk of a stroke or other serious damage. He was then taken to the University of Kansas Health System ― and just in time, according to Dr. Koji Ebersole, who helped remove the knife.

“It could not have had a pound more force on it and him survive that event,” Ebersole told Kansas City station KCTV.

A slight cut or tear would have led to massive bleeding, so Ebersole and his team had to control the blood supply to the area with balloons and catheters before they could actually remove the blade from Gregg’s face, according to Fox News.

The surgeons reported that they had to use a vise to grip it, rather than their hands.

The procedure was successful, and Eli is on the road to recovery.

Eli seems to have learned from the experience. His mom told “Inside Edition” that he’s going to “stay away from sharp objects.”

“He’s got some healing to do, but he’s out of danger for the most part,” she added.