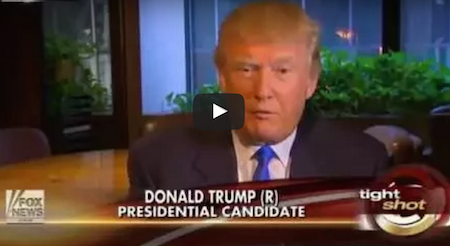 As most of you might know, it’s not hard to catch one of Donald Trump’s “idiotic moments” on film, considering he has them often.

In a tale of wit and word, business magnate Donald Trump reveals the secrets of his genius, the might of his net worth, and the slogan that will make his political foes squirm.

He’s a man on a mission and he won’t take no for an answer.