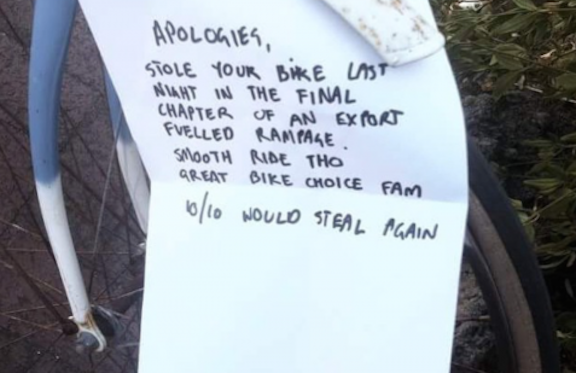 Stealing is one thing, stealing and getting away with it is another. So when you accomplish both, why would you return to the scene of the crime?

A drunk man stumbled across a bicycle, and decided to “borrow it” for the day.

Apparently, when he sobered up, he felt bad for stealing it. He brought it back to the owner with a note congratulating the owner of his choice in bicycle and telling him he would definitely steal it again if given the opportunity:

FYI:  Apparently ‘Export’ is a type of beer.

Well, at least he brought it back.